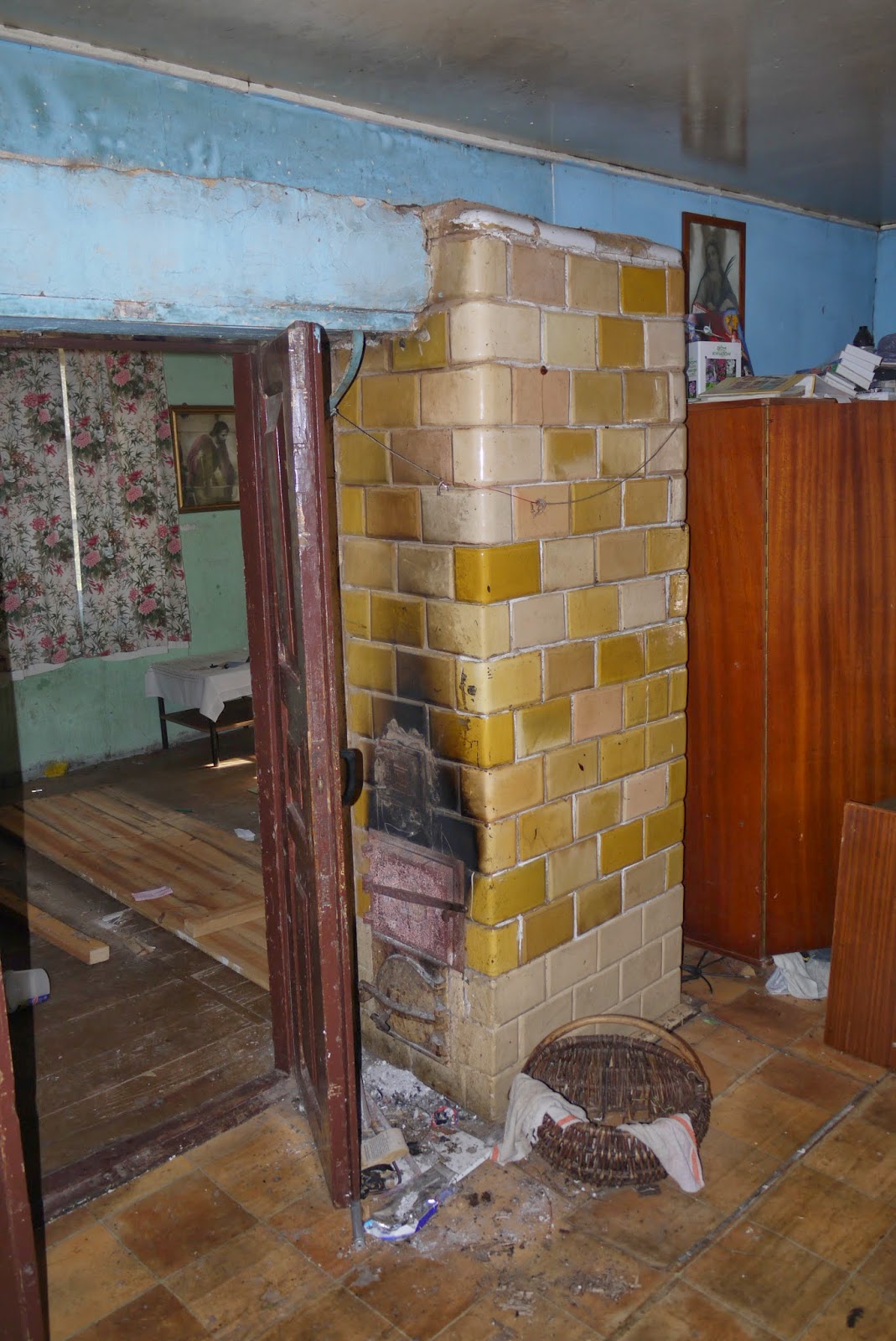 Back in July/August 2012 I was doing this, partly with help from my friend Andrew (although he was mainly lime plastering the goat shed). I've been meaning to document it since.

The traditional cooking appliance in this area, and across a wide area of northern and eastern Europe I think, is known in Poland as a piec. It's a wood-burning stove that channels the heat from the fire under cooking pots and through a snaking ceramic tile-clad and clay-lined chimney, storing and using as much heat as possible before the smoke goes up the chimney.

In our house there is an extension of the piec that stands between the bedrooms and acts as an extra fireplace/heater. You can see it as it was in the photo on the right. I decided to de-construct it to learn how it was put together (and because it all needs to come out anyway). I've put a full series of 16 photos and diagrams on my Google+ page for people to look at in more detail if they want.

I've saved the pieces for reconstruction, although I'd want to do a better job than the original. I do need to do more thinking about the similarities and differences between this and the rocket mass heaters. My first thought is that the fuel simply isn't burned as hot in this piec so the soot build up becomes a problem...

I'll be doing more reflecting on this in the future as I come closer to building my own heating/cooking stoves.